The Noriker Horse is one of the oldest European draught horse breeds of our days. In contrast to many other draught horse populations, which were threaten by extinction, the Noriker horse found its way to the 21st century.

This book encompasses more than ten years of intensive scientific research and literature studies and it investigates the historical reasons for the survival of this breed. The cornerstone for the success is associated with the role of the Central Alpine region as a main traffic route between the South and the North. The long history of the Noriker Horse is dating back to first evidence of horses in the alpine region in prehistoric times. Since then the Noriker Horse was exposed to fundamental social and political changes which always left its marks in the appearance of this continental horse type. One of the most important periods in the breeding history of the Noriker Horse was the 17th century, a time where Iberian and Italian horses started to play a significant part in the European culture. Nowadays the main breeding regions of the Noriker horse are found along the ancient traffic routes, where horses always have been part of every-day life up until now.

The authors give an accurate description of the actual State of the Noriker breeding in Austria including genealogic structure and foundation stallions, selection program, coat colour genetics and husbandry systems in the Alps and also document the role of this horse in modern times, in the „leisure time society“. Traditional husbandry systems and social integration, as explained in this book, may be applied as a modern model of equine conservation breeding concepts. 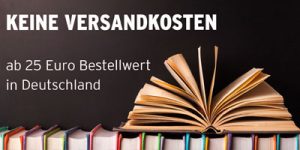